“You can’t just computer generate a program for riders.”

“I have been with the team for 18 months now and it has been an amazing journey so far. From the moment that (Head Coach) Koen Pelgrim asked me to join the team and then Patrick (Lefevere) agreed, it was like a dream. Before joining I was with an U23 team, then I went to the biggest team in the world, and it was a dream, a bit like Christmas to me. From then on, every month, every training camp, every race I do with the team is like a great adventure. There is no need to say that it is going great so far, and it is a journey that I am looking forward to continuing.”

“It is really hard to pick a highlight of my time since I joined Deceuninck – Quick-Step as every single rider that performs is a highlight. I could start with the neo-pros who took wins, like Bagioli last year, and continue with Ballerini’s win in Omloop Het Nieuwsblad this year, and of course we know the story about Cav and what has happened. But every single win and every good performance is a highlight.” 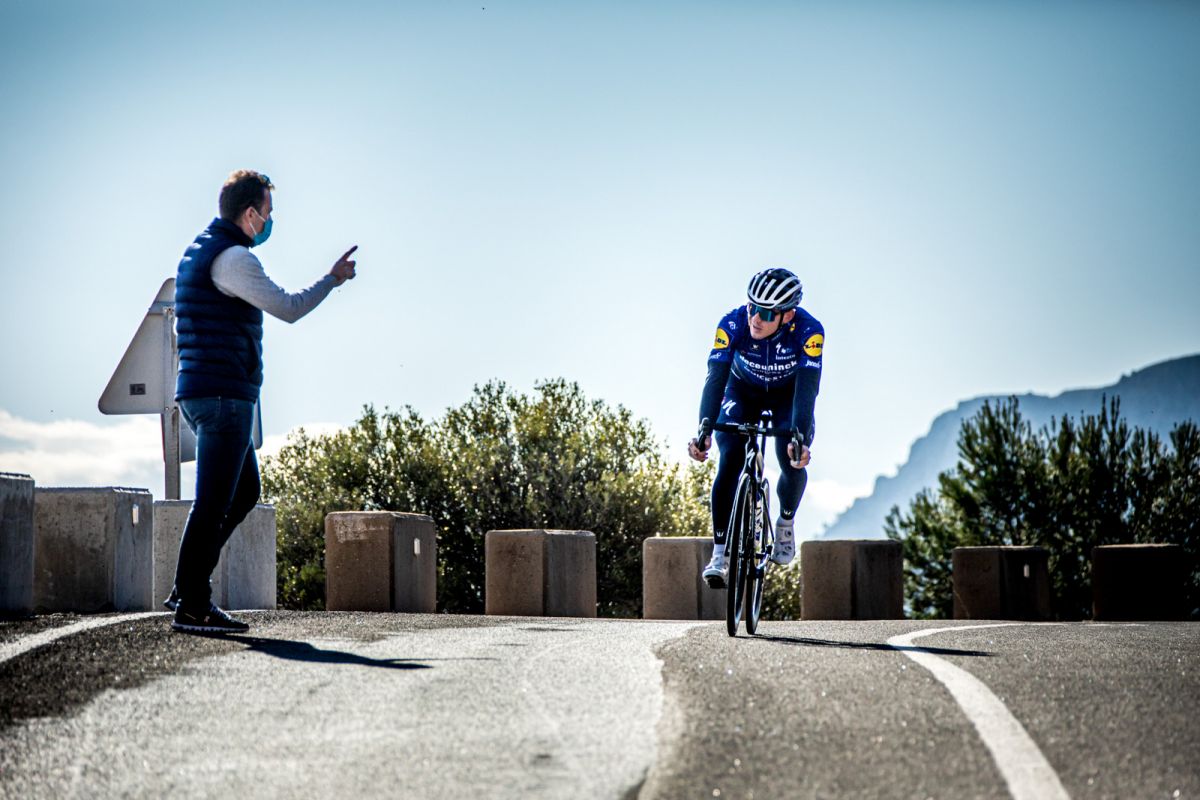 “I try to deal with each rider on a completely individual basis. I try to analyse their weak points and their strengths, looking to improve and maintain where we can. But at the same time, as a former bike rider, I try to use my experience to put myself into their shoes. Let’s say that I am a rider like Ballerini: I think about ‘What do I miss? What would I look for from a coach to help to improve my capacities?’, and I try to do this with each individual rider. I also fundamentally believe in the importance of everyday human contact, because the riders are not machines, and you can’t just computer generate a program from them and expect them to execute it. They have their private lives, they have good and bad moods, and numerous external factors. So, I think ongoing human relationships are the keys to success. I look after ten riders in the team, and we will speak every day, be it on the phone or via messages. There are some teams that don’t allow the coaches to be so attached to the riders, but I believe that the more you give to a rider, the more you get back.”

“We have four coaches in the squad: Koen Pelgrim, who leads our team, me, Franck Alaphilippe, and Tom Steels. We are always in contact with each other and once a week we have a meeting to discuss the progress of the riders and where they are at. We then feed that to the team management to help them make decisions about the race program for each upcoming period. We discuss who has good form, who doesn’t, who should be the leader for each race, and individual roles. We are part of the machine that makes the team. We have individual riders we look after but we look at it as a larger group. I might look at some of Koen’s riders and vice versa, to get an opinion and exchange ideas, and we are always objective in our views.  During the training camps we make a plan together. It’s a more round approach than just looking at the numbers in a Moneyball kind of way, and it’s a real team effort.” 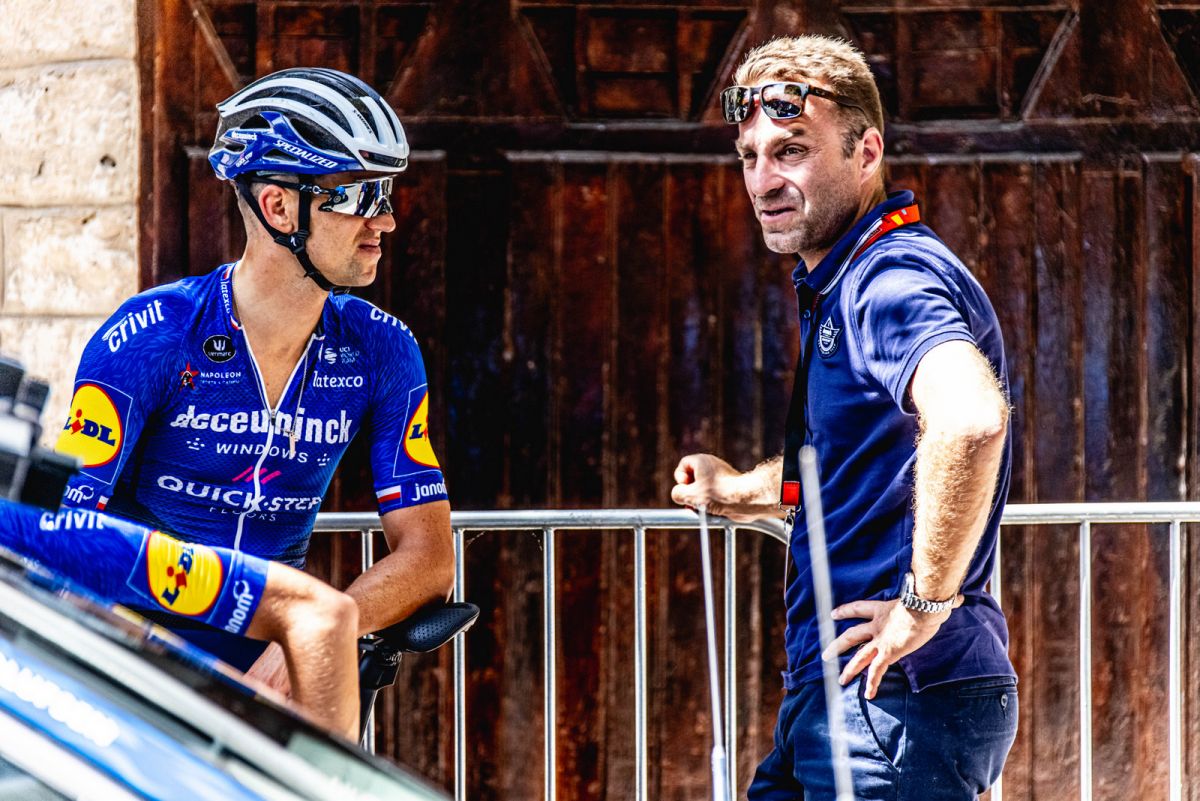 “I have always been good with numbers, which helps. I have been working as a coach for ten years now and my philosophy is that we are driven by the numbers but we are not ruled by them, and as I have said before it is also about the human being. So I am trying not to be obsessed by them but I look for the story behind them. I am not the numbers freak that some think that I am! There has to be a combination of the science, all the practical application and the human side. If you put those three together, then you can have a good result. Being a coach is an ongoing process, with things always evolving. I listen to a lot of podcasts, I exchange ideas with other coaches and or I read a lot of academic papers to help keep up with the latest advancements. Nowadays, especially with the advent of the internet, there is a lot of useless information out there, so I have to filter the good and bad ideas, but I am always looking.”

Pro career and becoming a coach

“I started being involved in cycling and racing when I was just nine years old. Greece is not a country that is famous for cycling but where I grew up in Megalopoli, the cycling club was very close to my home, so I got involved from an early age. After starting to race at ten, I finished when I was 32 and I wanted to stay in the sport.”

“I was appointed the national coach, which I did until the London Olympics in 2012, which is when I started working with a continental team in Greece. I was awarded a scholarship by the IOC to get a diploma in coaching, which led to me meeting a Dutch colleague who asked me to coach some of the riders that he looked after. We started to get some good results and we expanded into an U23 team, where we were producing good riders and we started to get noticed. It gave me great satisfaction to help riders improve at a sport I love, and I still get that feeling today.”

Working with the Manx Missile

“I took a lot of personal pleasure from what happened with Mark Cavendish this year. When he rejoined the team, he came to our training camp in Altea in December at just a few days’ notice. Then we already had made a plan for who would look after each rider for the year and in a meeting, we were asked ‘Who is going to look after Cav?’ and it was decided that I would look after him. I didn’t know him personally at that point, although I had raced against him many years ago. We had a meeting in my hotel room for an hour and a half and after only ten minutes I knew that this was a big opportunity to do something special with him – I saw that he desperately wanted to win again. We started to work together and I analysed what he had been doing for the last few years, what worked and what didn’t, and then we made a plan. The biggest piece in the project for me was that he trusted me from day one and we had similar ideas.”

“The only things I asked from him was to trust me and to be honest. I had some ideas that may have been different from what he used to, but I asked him to trust them. We didn’t speak about goals or targets, but how we can make him a great bike rider again, and have him in the mix at the end of a race, which he hadn’t done at that point for several years. At the start of the season, after our initial period of work, he first raced in Almeria where he punctured and couldn’t sprint. But if you look at his other early races in Northern Europe, he was always there in the bunch finishes, finishing in the top 5 every time, so we knew there was progress.” 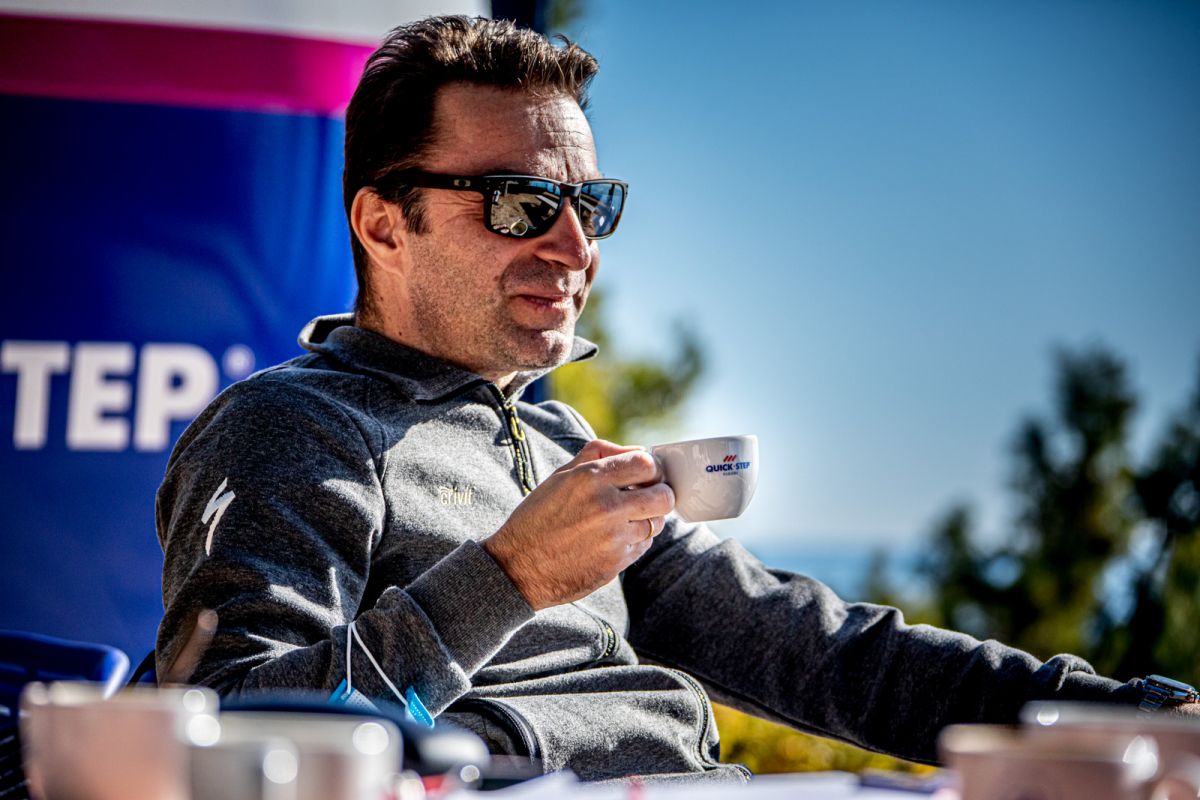 “When he won in Turkey, it was a key moment. From then on, I knew that if he got his chance in a big race, that he would win. It was key to his mentality and the trust was 100% there. We put a big focus on his sprinting and I took him to Greece for a few days where I worked with him on the track. When he worked on the track in the past it worked for him and Cav was born on the track, so it made sense. Those sessions really paid off and the period of work was crucial to everything that happened since. If anyone had told us at the end of last year that Cav was going to take four Tour de France stage wins and the green jersey, then we would have thought they were kidding, but we did the work throughout the year, and everything came together beautifully.”

“Going forward I want to try and take the best from each rider. Mattia Cattaneo has been performing super strong throughout the year and is very strong but hasn’t taken that win yet because he has either been working for others or he has not had that bit of luck yet. I would like him to get at least one before the end of the year, because he is a great guy that really deserves it. But I would like to see the whole group have a strong finish to the season. Concluding the year in style and again with the most wins would be phenomenal!” 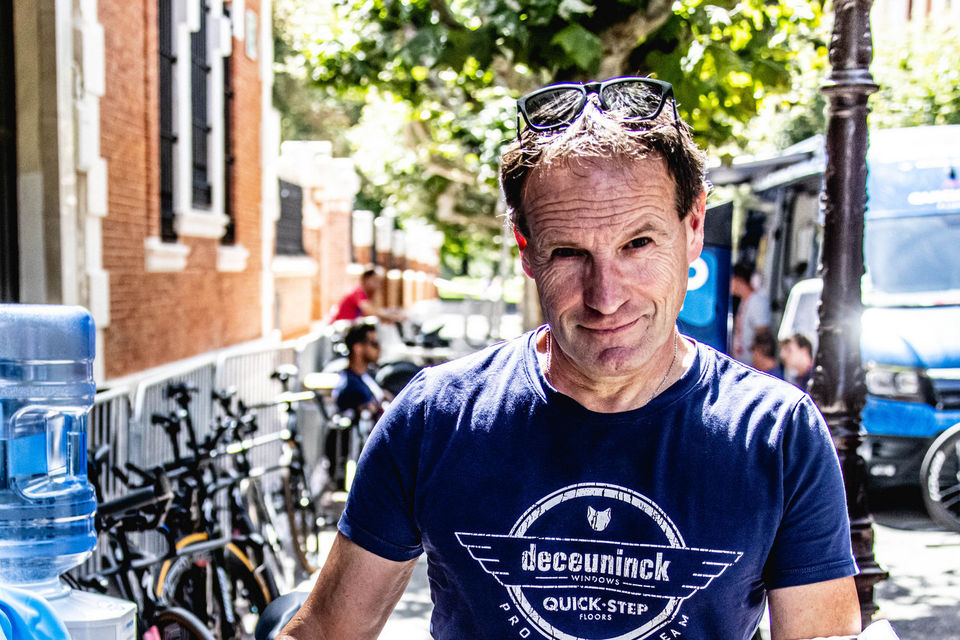 The team behind the team: Dominique Landuyt 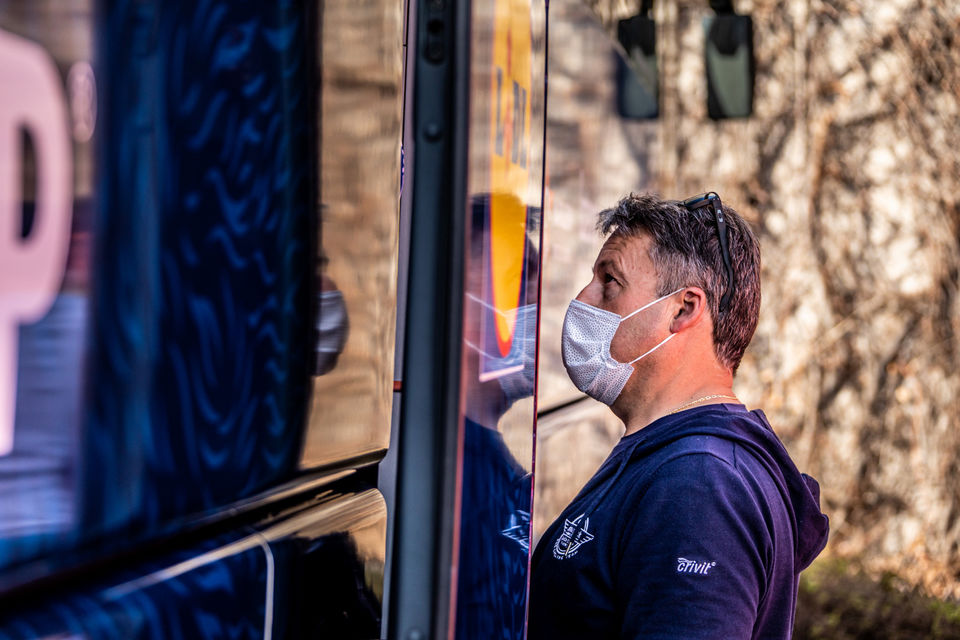 The team behind the team: Dirk Clarysse 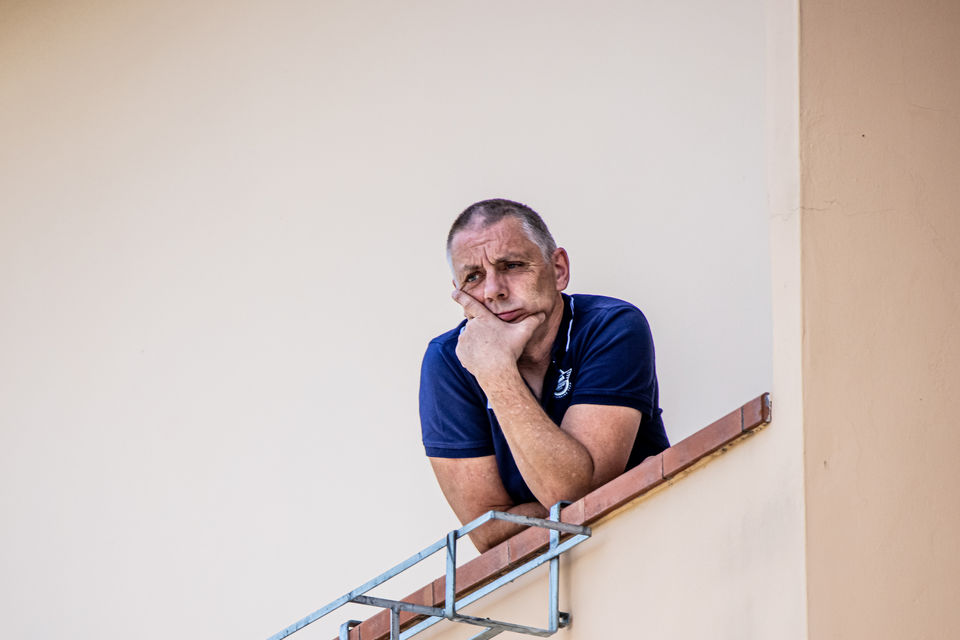 The team behind the team: Rudy Pollet 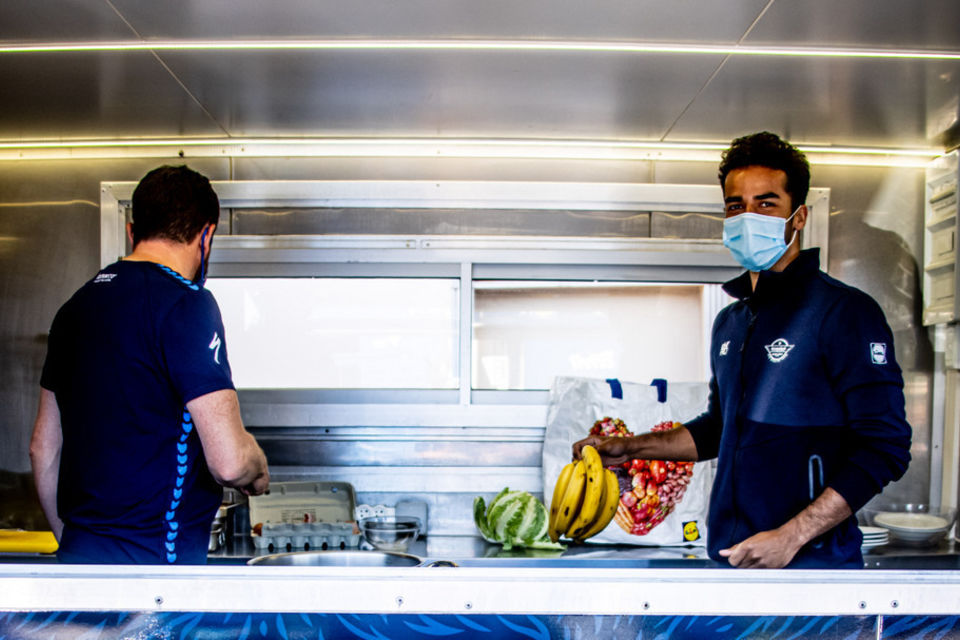 The team behind the team: Meet our two cooks and nutritionist 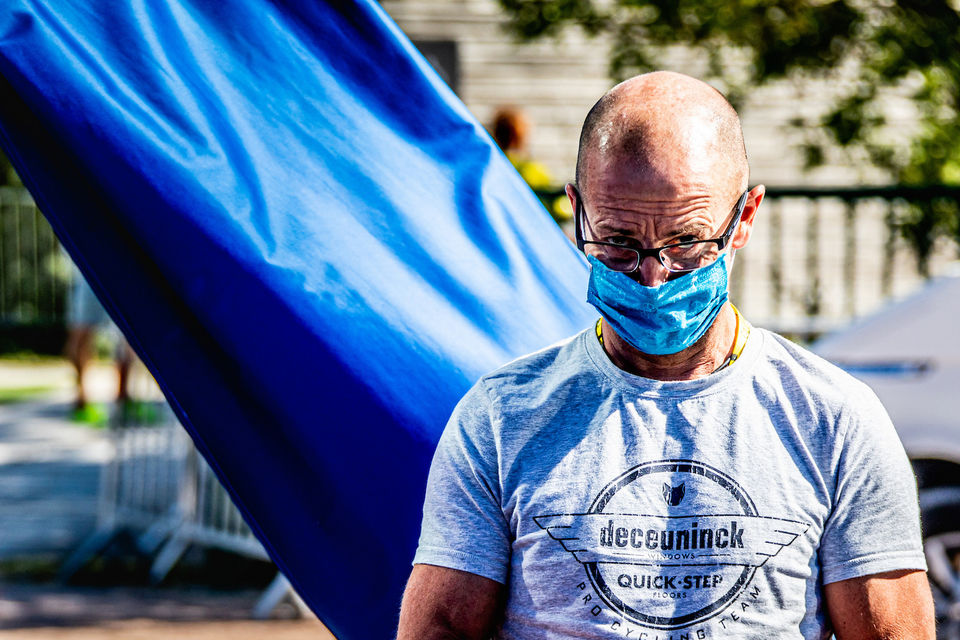 The team behind the team: Guido Scheeren 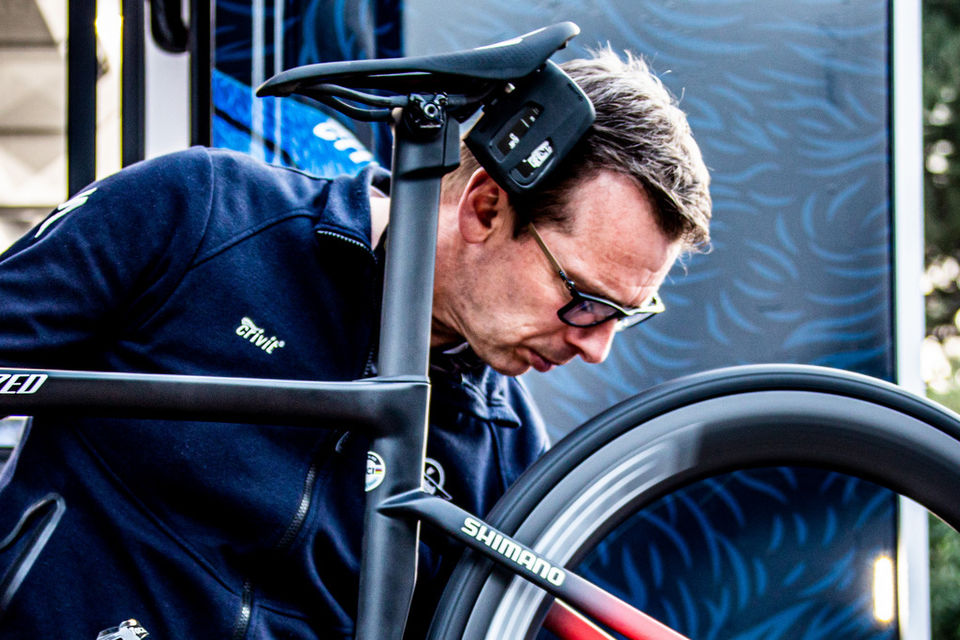 The team behind the team: Kurt Roose 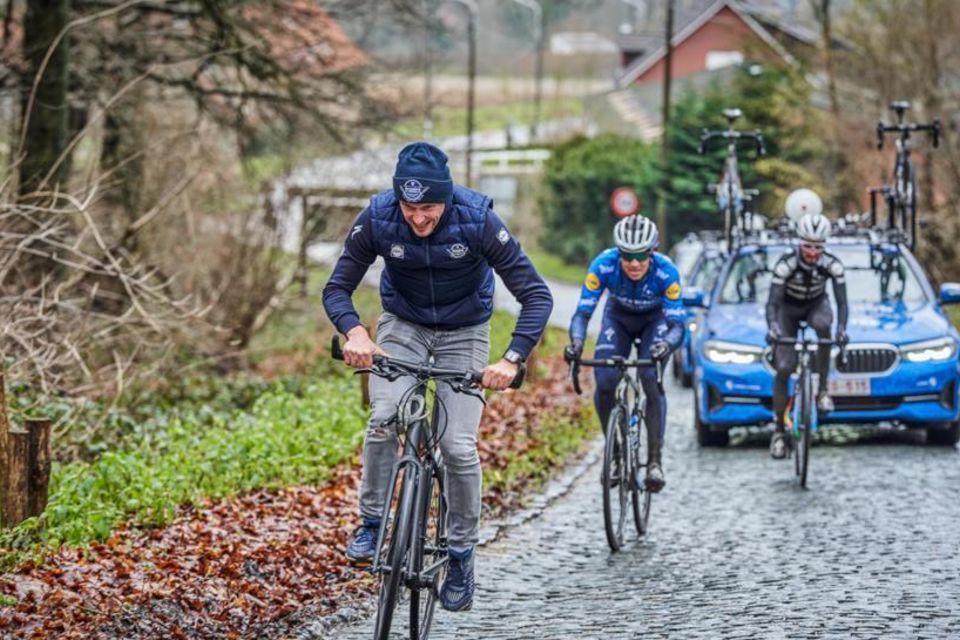 The team behind the team: James Vanlandschoot 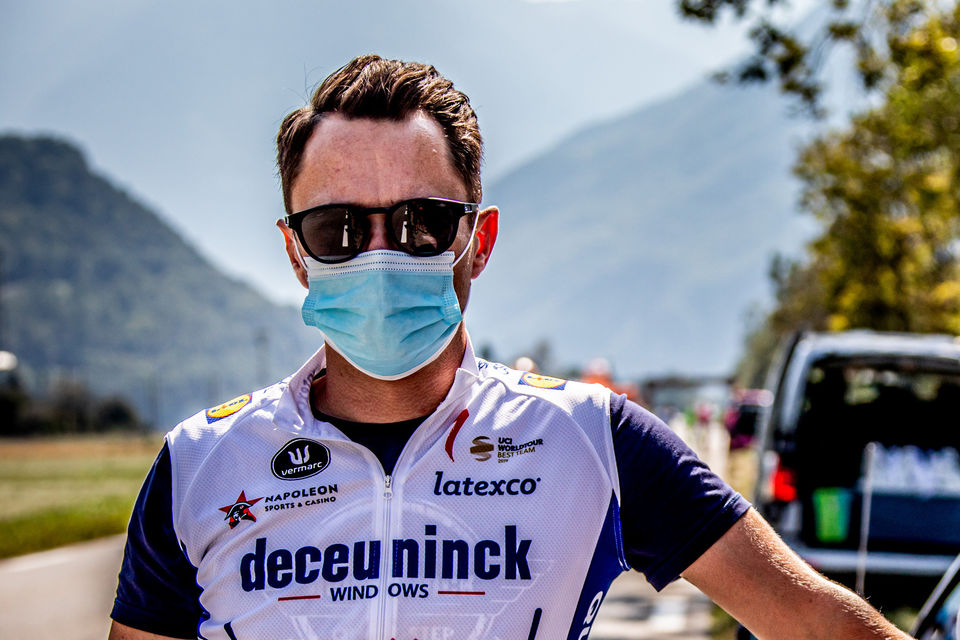 The team behind the team: Anthony Pauwels