The young Belgian remains on track for his first World Tour podium of the season.

An action-packed stage and an action-filled finale unfolded on the roads of Abruzzo, where the Wolfpack showed its intentions with 40 kilometers to go, when Josef Cerny and Kasper Asgreen softened up the peloton and paved the way for a sharp acceleration of Julian Alaphilippe, whose cunning move was soon speculated by Remco Evenepoel.

The winner of this year’s Volta ao Algarve took off from the bunch the first time up the Bellante climb and drew a response from just three riders, together with whom he established a lead that forced the other teams to chase hard in order to bring back this dangerous move that ended up cutting the remnants of the breakaway’s gap to a mere 40 seconds.

At the bottom of the last ascent, the rainbow jersey paced Evenepoel, who waited for the last two kilometers to try an attack that reduced the group to some 20-odd riders. More riders showed their offensive intentions as the road kept tilting uphill, but it was only with 500 meters to go that someone managed to get away. Remco didn’t panic and rode at his own tempo, limiting the losses to Tadej Pogacar (UAE Team Emirates) and rolling over the line in fourth place just two seconds down, keeping hold of his second place in the general classification.

“We tried to make the race hard but there was a lot of headwind in the descent so you couldn’t really do anything significant. But I’m happy we tried. I notice I still lack a bit of punch against those guys on a climb like this, which we rode full gas. Pogacar had everything under control and he’s definitely the deserved winner. I was in the sixth or seventh position with 100 meters to go and I had to make up some ground, but I have no regrets, as the best man won. I’m still second in the GC, and as I said before, I’m here to give my best and try to be on the podium, and so far things are looking good. I’m looking forward to the next days”, said Evenepoel after the hilly stage 4. 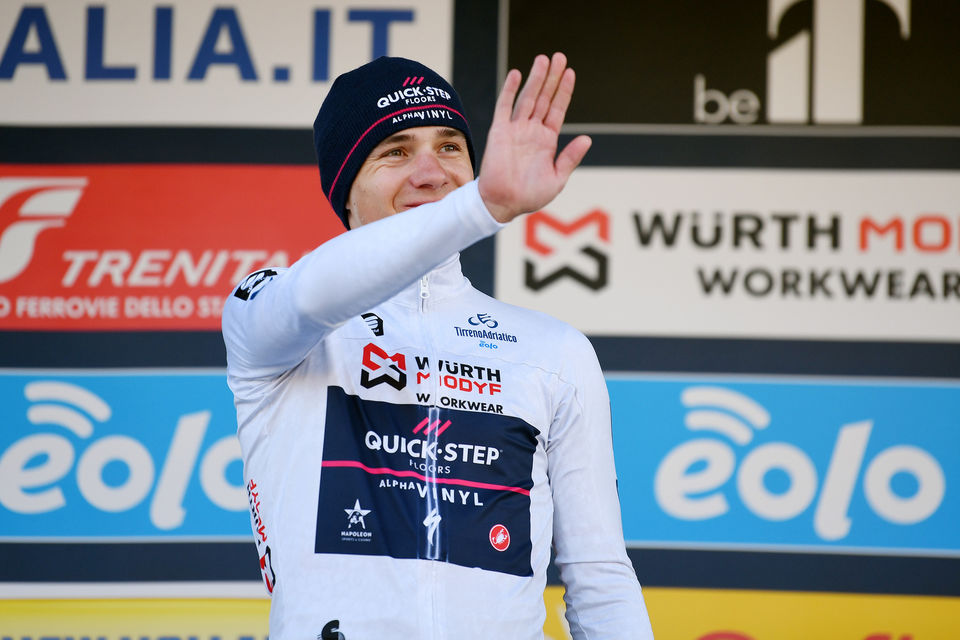 Evenepoel in white at Tirreno-Adriatico 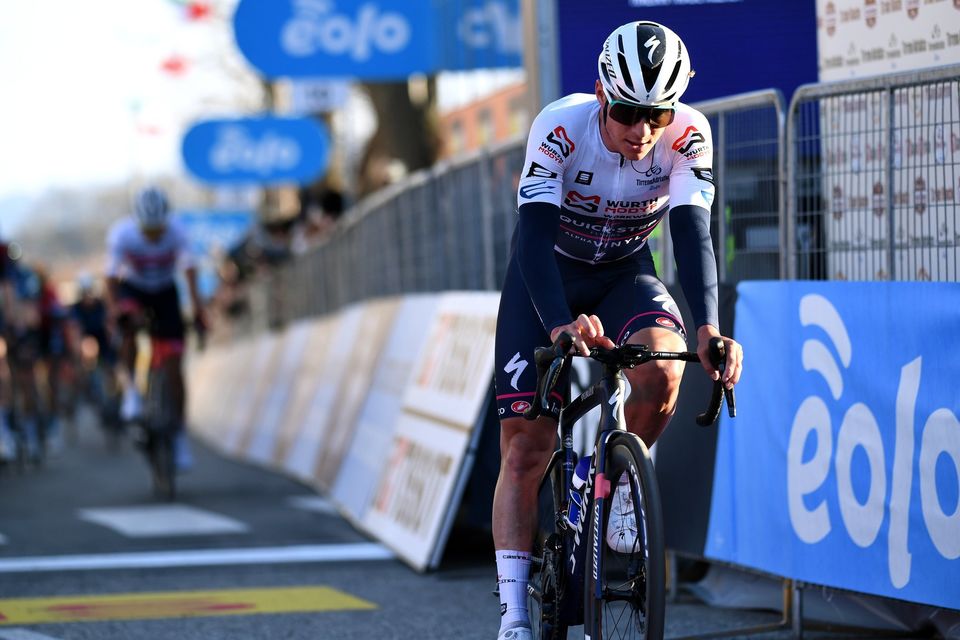