Ahead of Sunday’s Belgian Road Race Championships, our rider looked back on his unforgettable 2018 victory, when he arrived alone in Binche.

“For me that was an incredible race. The parcours was quite similar to a Flemish classic, the last part featured a small cobblestone climb and the finish itself was on cobbles. It was an up-and-down, quite hard and long route. To this day, it was the last hard Belgian Championships in terms of parcours.”

“In the beginning there was a big break with Dries in it. Then I made the jump on my own to the front, when we were 30 seconds from the break. We stayed in the front for quite a while, but then some of the favourites – Benoot, Stuyven, Van Avermaet, Gilbert – also came to the front. Together with Gilbert and Stuyven, we made it into the lead. Four kilometers from the finish I chose my moment and I attacked, opening a gap in an instant and holding that advantage all the way to the finish, where I arrived solo. It was a beautiful day, and the presence of my Forza Lampaert supporters made it extra special.”

“Being on the podium together with a teammate, Philippe, was special. We were 1, 2 and 4 that day, with Pieter Serry joining us in the top 5. A Belgian Championship is always very difficult for us, as we’re always among the favourites, but we need to fight against other good teams. You can’t control everyone and everything, tactic wise it’s very difficult. You also need some luck with the way the race unfolds. That’s not easy, but that day we succeeded. We took the race in our hands and it worked out perfectly. I had super legs and the team was strong and rode flawlessly.” 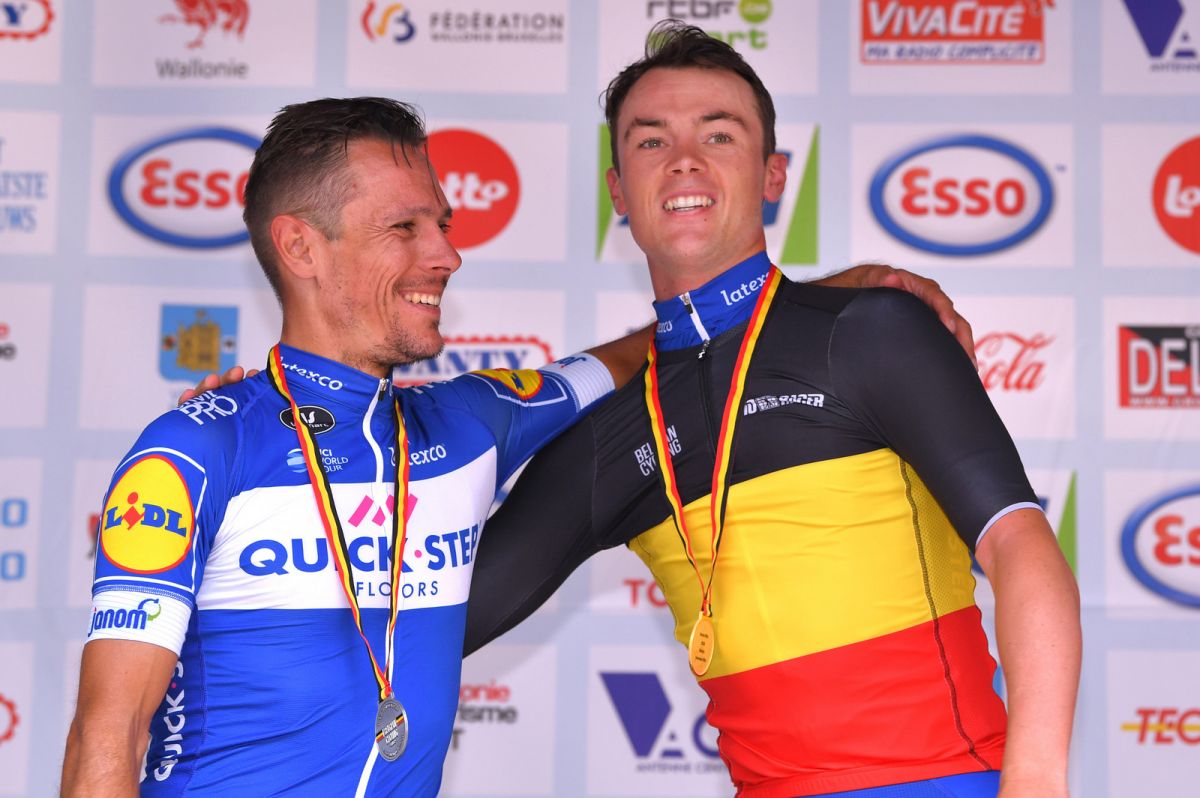 “The week after that win I started in my first Tour de France with the jersey on my shoulders. It’s a year I’ll never forget. Every day I could train with the jersey, every time racing in that jersey felt special. In my time trial champion jersey I have never trained, and you don’t get that many opportunities to wear it in a race. Still, I prefer to be champion on the road and to get to wear the jersey every single day.”

“For Sunday’s race in Middelkerke I hope there will be a lot of wind. There will be a lot of possibilities if there is wind. It will be important then to be there at the front and it will depend on who’s there and from which teams. Hopefully we are there as well and we can do something with the team and get a good result. In any case, it will be a special race.” 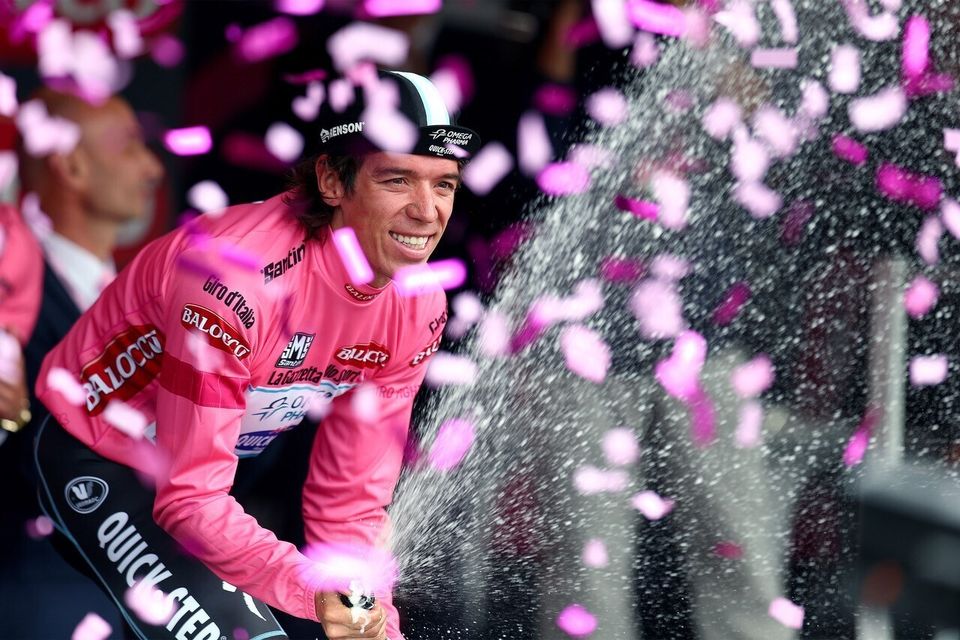 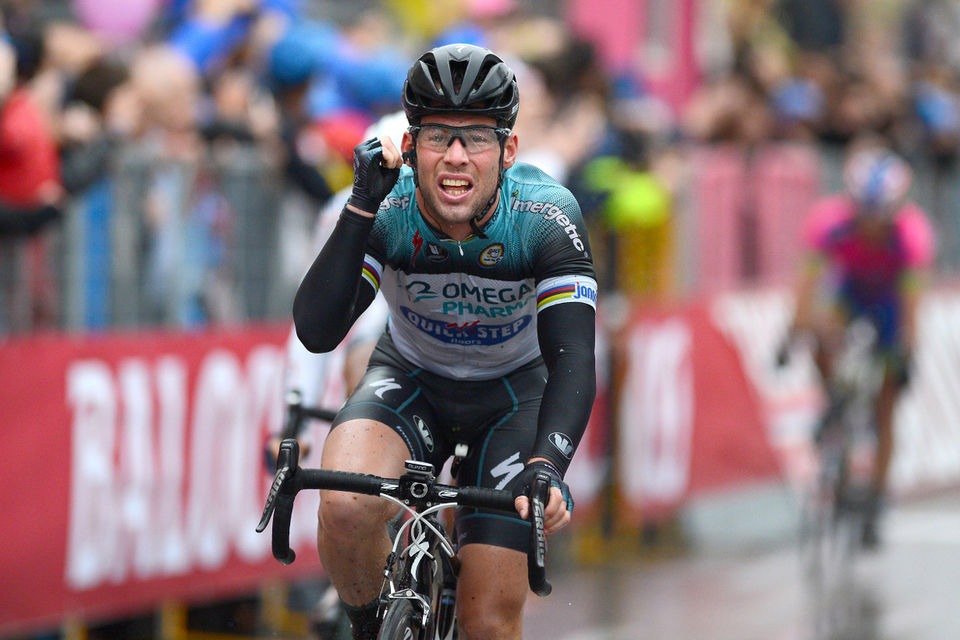 20 Years of the Wolfpack: Mark Cavendish and his 100th win 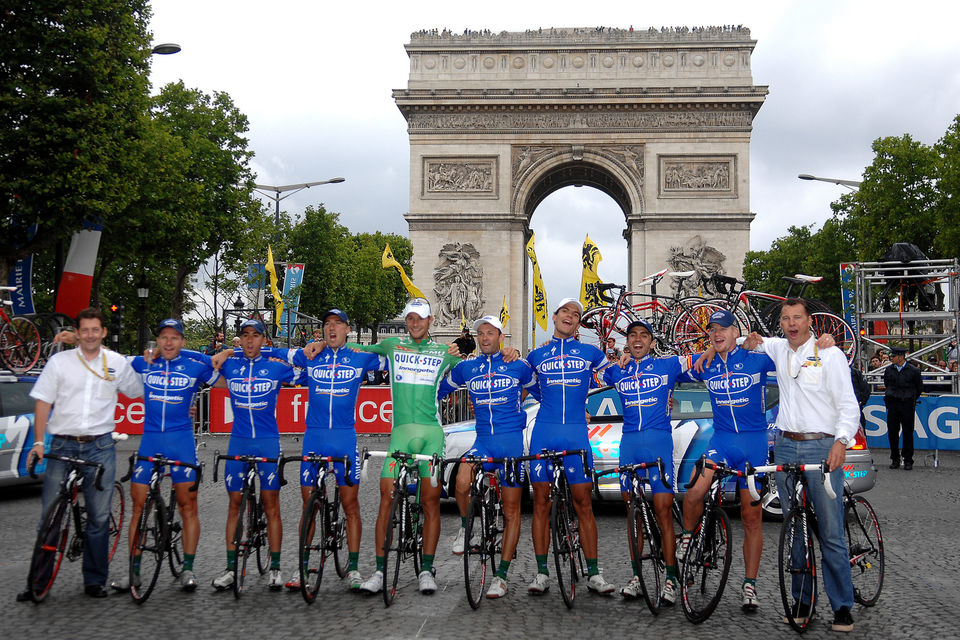 20 years of Quick-Step in the Grand Tours