The Dutchman takes a comfortable success after outpowering his opponents.

Fabio Jakobsen picked up his seventh victory of the season with a perfectly-timed sprint in the final 200 meters of the Tour of Hungary stage 2, which concluded in Hajdúszoboszló. Jakobsen, who resumed competition this week after a month, capitalised on his teammates’ flawless piloting through the hectic final kilometer – which witnessed a huge crash that took down many riders – before putting to display his immense sprinting ability and racking up Quick-Step Alpha Vinyl’s 21st win of the year.

Thursday’s stage was calm until the last 40 kilometers, when heavy crosswinds split the peloton, leaving many sprinters to push hard in order to bridge across. Protected by his Wolfpack teammates, Fabio was part of the select first group, which was eventually joined by the chasers inside five kilometers to go. Having benefited from a perfect lead-out that left nothing to chance, the 25-year-old Dutchman had a clear run to the line and easily beat his opponents. 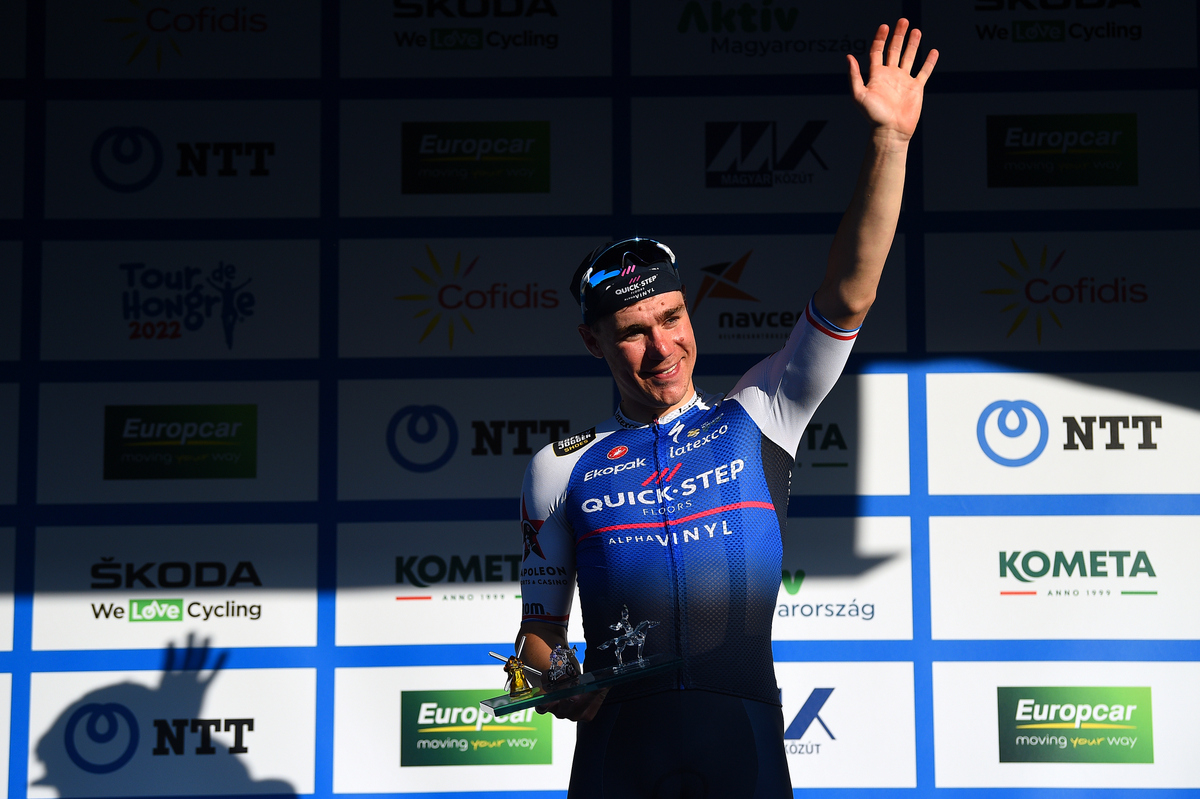 “We were very motivated after yesterday. I felt good, despite this being my first race in four weeks, and was keen on showing this. The guys did a great job and I’m on the top spot of the podium thanks to them. They put in a great effort, rode incredibly in the crosswinds and took care of me on a stage that wasn’t easy at all due to the heat and speed.”

“The peloton was nervous, but we remained calm, and my team made sure we were there when it mattered in the tense finale. Stan and Florian put me in a perfect position with 200 meters to go and all I had to do was unleash my sprint and take the win. I’m happy and I hope more opportunities will come for the Wolfpack this week”, said Fabio, who now counts victories in 11 countries since turning pro. 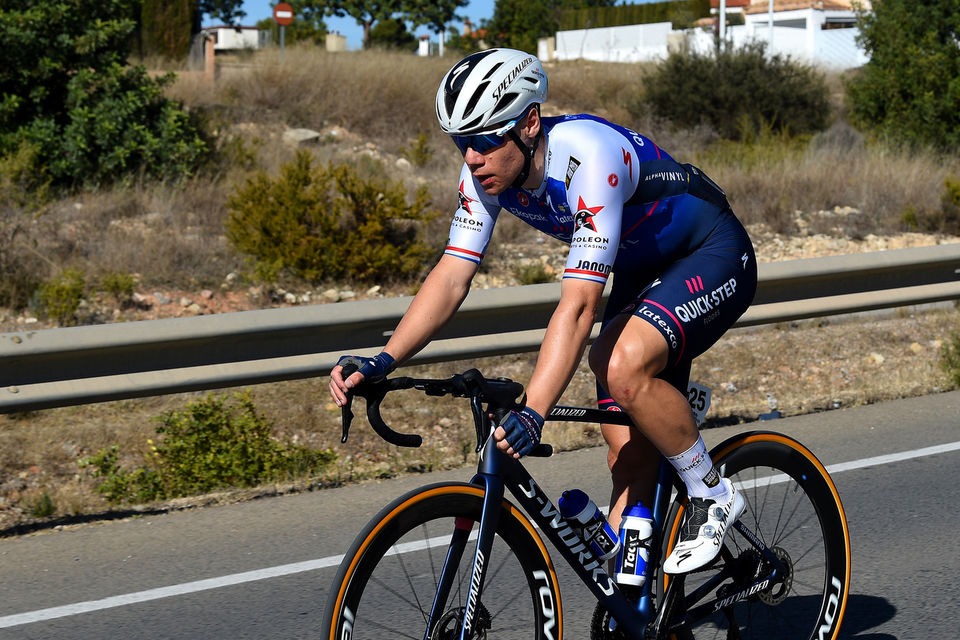 Quick-Step Alpha Vinyl to the Tour of Hungary