The Frenchman talked of his first victory in a classic and successfully defending his title one year later.

One of the five riders in history to have captured back-to-back victories at Flèche Wallonne, Julian Alaphilippe has an impressive record at the Belgian race, where he took his breakthrough result in 2015, just his second season in the pro ranks. In four participations, he never finished lower than second, and in the last two years the sight of him emerging from the peloton on the biting double-digit gradients and punching to victory atop the Mur de Huy has become a familiar one.

Normally, Julian should have defended his title again this week, but with cycling on hold until mid-summer, all that we have for now it’s the memories of his past wins. Of these and their significance, the 27-year-old Deceuninck – Quick-Step rider talked from his home.

– Julian, in 2018 you came at the start of the race after missing the previous year’s campaign due to a knee injury.

Yes, I had a 2017 season which was a bit complicated, but the end of the year found me motivated for 2018.  I wouldn’t say that 2017 was a year to forget, as I still had some nice results, but it was tough to miss the Ardennes Classics and the Tour de France – races I love so much – due to that injury in the Vuelta al Pais Vasco. After finishing twice on the podium at Flèche Wallonne, I was incredibly motivated to conquer the Mur de Huy for the first time in my career and I arrived there in very good shape, knowing I was one of the favourites.

– How did the day unfold until the last time up the Mur de Huy?

We took our responsibility early and had initiative at the right moment. The whole team was very confident, they all knew what they had to do and produced a spectacular teamwork. Our tactic was impeccable, sending a rider in the break inside the last hour of racing – which turned out to be the perfect scenario for us – and delivering me in a great position at the bottom of the ascent. It really was a perfect day. 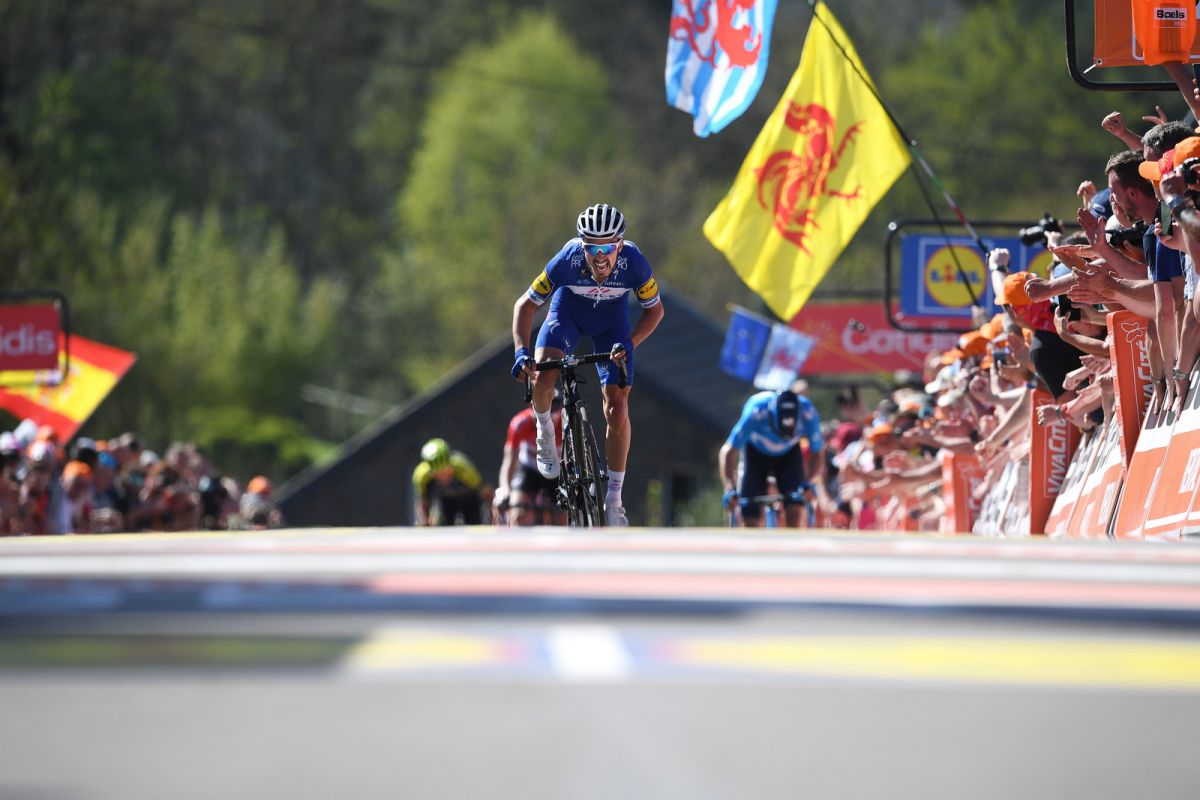 – Then you made your move.

Everybody knows that positioning is key on the Mur de Huy and that you need to attack at the right moment, not too soon, not too late. The smallest of details can make the difference there and if you don’t do everything right, then you pay dearly, as the lactic acid doesn’t forgive you. I remember Vanendert putting in a hard tempo and going alone once Max was caught with 200 meters to go, but I closed the gap, looked over my shoulder and noticed there was some distance, so I decided to go full gas on the last steep part of the climb and leave it all out there.

– When you came over the finish line, you didn’t know you had won. How was it when the news broke out?

Indeed, I had no idea what was happening. I knew Valverde was behind me, but didn’t know if there was still someone at the front, I thought that some of the guys in the break had managed to remain there, so I pushed hard to be at least on the podium. After the finish line I was completely empty, I’m sure you remember those images, but soon my cousin Frank and the team’s soigneurs came to me and told me I won. That kicked off a huge outpouring of emotion, an incredible feeling that I will never forget.

– A victory that you treasure a lot.

Every victory is important, but this one was special because it was my first in a classic, which had always been a dream of mine. I love this race, I knew it suited me to a tee, and had a lot of expectations after my previous podiums. Ok, going into the race I already had some nice victories in my palmares, but that win was more than just a win, it was a déclic, something I needed in order to continue to win and something that helped me grow in confidence. I just felt it put me into another gear.

– One year later, you returned at the start, but this time, as the defending champion. Was there an extra pressure because of this?

When you are last year’s winner, there’s always more pressure on your shoulders, and I could feel some, but I quickly shrugged it off. It was more a kind of positive pressure, one that motivated me and gave an extra boost of energy for that day, as I knew that I had a solid condition and a very strong team around me. 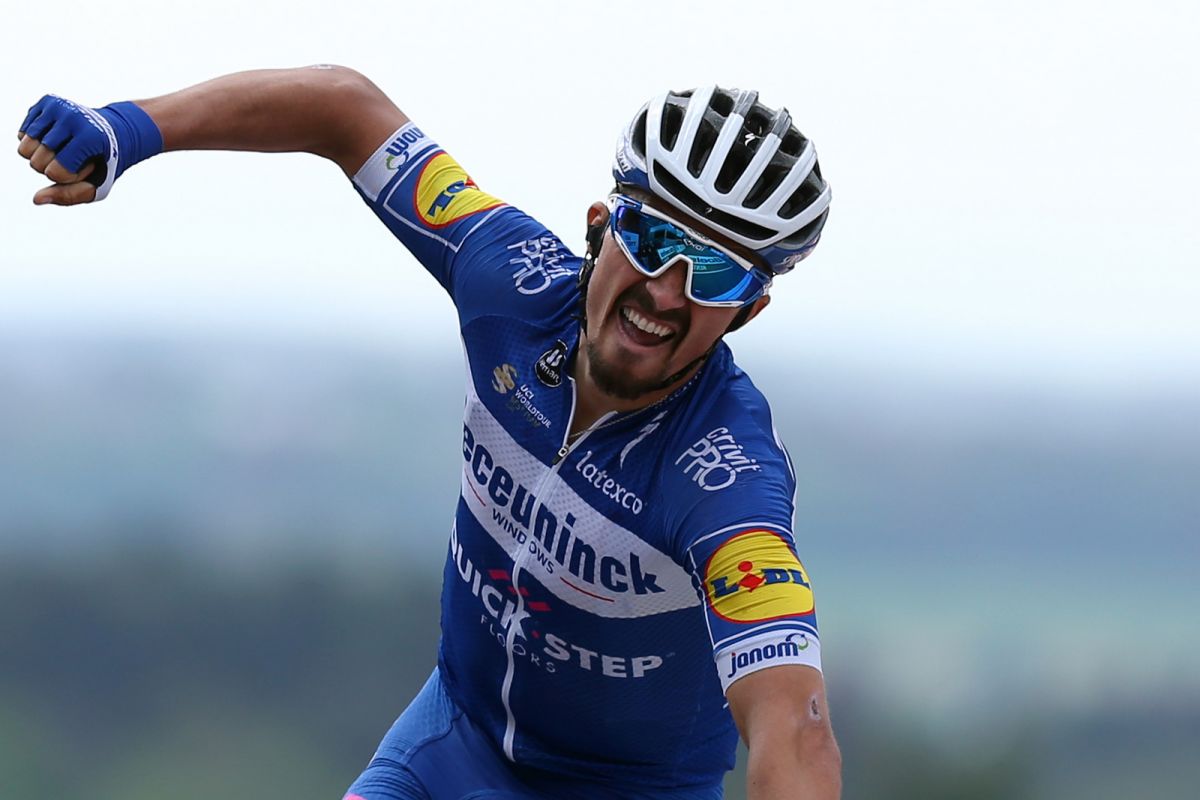 – Attacks came early at the last ascent of the Mur de Huy, but you kept your powder dry until the right moment.

The last time we went up the Mur it was different than in 2018. Of course, I was again in a very good position, but this time one rider decided to go from the distance. I wasn’t surprised when Fuglsang went, but he opened a good gap which I had to close and make sure I still had enough for a powerful attack. Once I came back to his wheel, I waited and did my effort as late as possible. It was a hard-earned win and it made me extremely happy.

– How does this second victory compare to the first one?

Winning always feels good, but I must say that the triumph of 2019 felt a bit more special, as it came at the end of a highly successful first part of the season. I can’t tell you how motivated I was to take advantage of my top shape and win, and I’m really glad I could do it and cap off a beautiful spring. 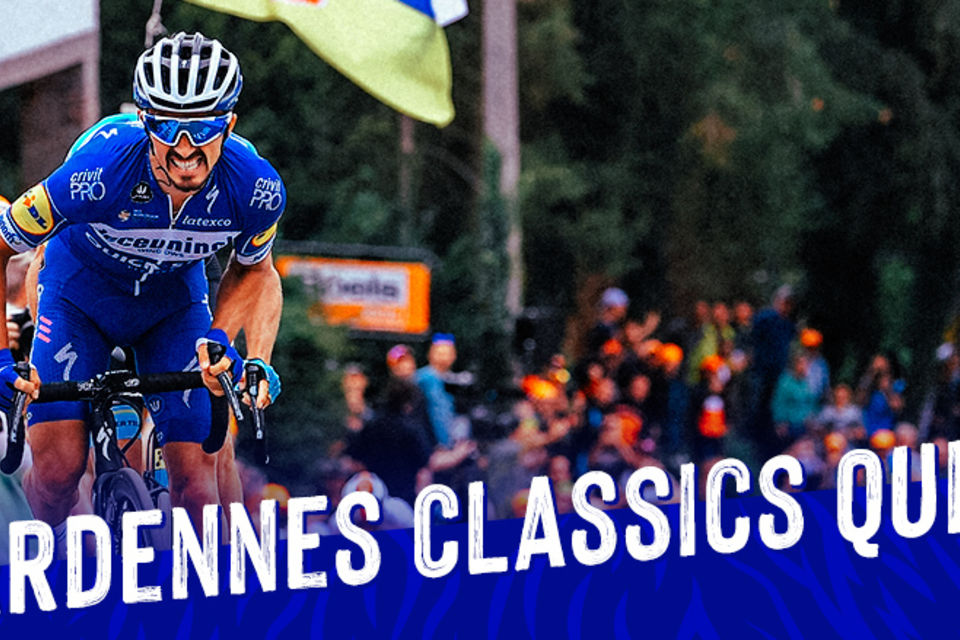