The movie will be launched during the Team Presentation on the 11th of January 2017.

Red carpet, flashes and a Hollywood-like atmosphere; no, it's not the launch of a big blockbuster, but the Quick-Step Floors Cycling Team presentation, which will take place on January 11, at the Kinepolis Cinema in Kortrijk (Belgium).

During the 2016 season, which kicked off at the traditional training camp in Calpe and ended in Qatar, a filming crew from Woestijnvis, the renowned production house based in Brussels, joined the team's riders and captured on camera the highs and lows, the most memorable victories and moments of the previous campaign, as well as the disappointments which led to an even deeper cohesion between the members, who overcame the difficult times and eventually turned them into a series of overwhelming results.

"It's unusual to have a filming crew with you all the time, but I must say the result is great. I like the way all the small stories that happen in a cycling team were bonded together. As rider you never see what happens around you because you are focused only on the race. It was nice to see how the other riders and the staff reacted in the crucial moments. It's something really worth watching and our fans will love it!", said Tom Boonen, one of the movie's protagonists.

The multiple Monument winner couldn't be more right, as this project goes beyond everything else done in cycling before, be it regular behind the scenes clips, short race videos or post-race analysis.

Tom Boonen, Julian Alaphilippe and Marcel Kittel are just some of the riders on whom this project focuses, and you will get to watch them all starting from January's training camp in Spain to the final race of the season, which witnessed the team's 57th road win of 2016. Using the technique of flashbacks, which made its way into cinema a century ago and since then became the trademark of some of the biggest filmmakers in history, "One Year In Blue" looks back at various moments in the day to day life of Quick-Step Floors Cycling Team, having the riders in the spotlight and gradually building up as the action unfolds from month to month and race to race, before hitting a climax.

The premiere of this unique movie – a visual delight garnished with a wide range of emotions – will take place on January 11th, a few days before the start of the new season. Sponsors, special guests and journalists will be present at the event, but also the fans – who supported the team unconditionally during the season – will have the opportunity to purchase tickets and live together with us this unforgettable experience, which will see them welcome the riders on the red carpet and get a nice present from them before the movie.

"Our fans are an important part of our life and of the cycling community", said the team's CEO, Patrick Lefevere. "That's why they will have the unique possibility to meet and greet with the riders on the red carpet before the movie starts. Each fan will also receive a nice present that will remind them of this team presentation forever. We look forward to meeting everybody in Kortrijk for what promises to be a great night."

All the information necessary to subscribe to the event are available here. 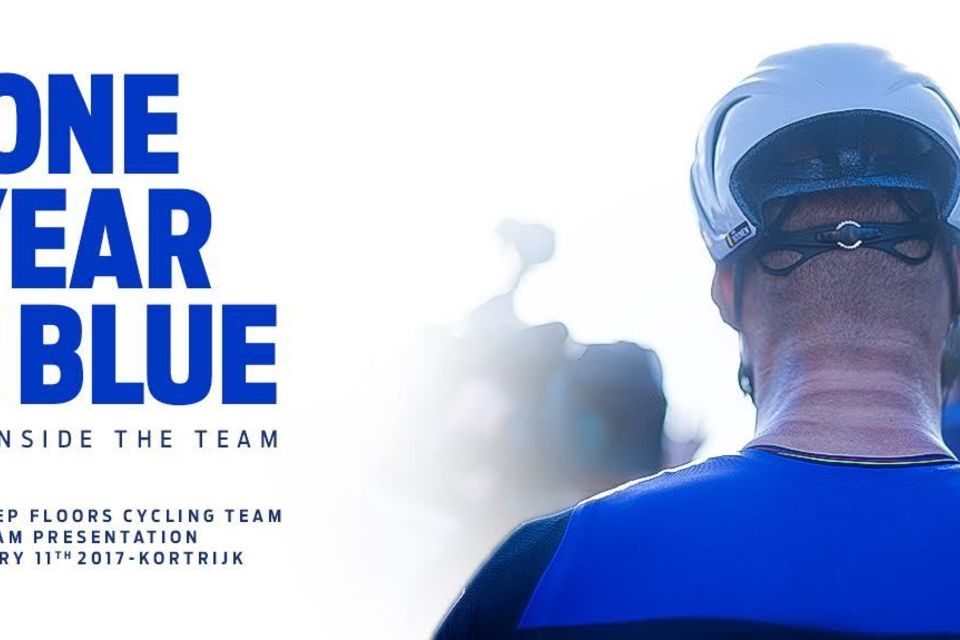 One Year In Blue