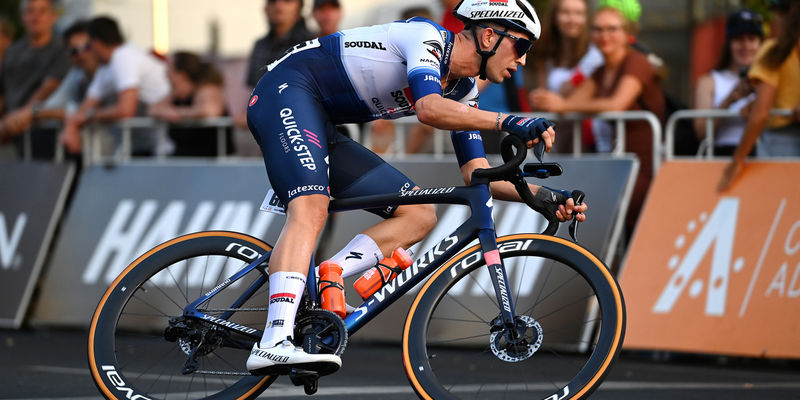 The off-season is finally over! After months of waiting, The Wolfpack finally pinned up a number again, for the one-hour criterium in Adelaide – the appetizer for the Tour Down Under, which this year takes back its place as the opening event of the World Tour calendar.

As expected, the race was fast from the very outset, the teams wanting to avoid a bunch sprint sending their riders on the attack. Among those who tried their luck was Soudal Quick-Step’s Mauro Schmid, who took the first intermediate sprint of the day before a six-man move formed halfway through the race.

Featuring Jannik Steimle, who was active in the group, constantly setting the tempo at the front, the group managed to stay in the lead until the penultimate lap, when they were overhauled by the chasers, who set up a mass gallop, won by Caleb Ewan, from the Australian National Team.