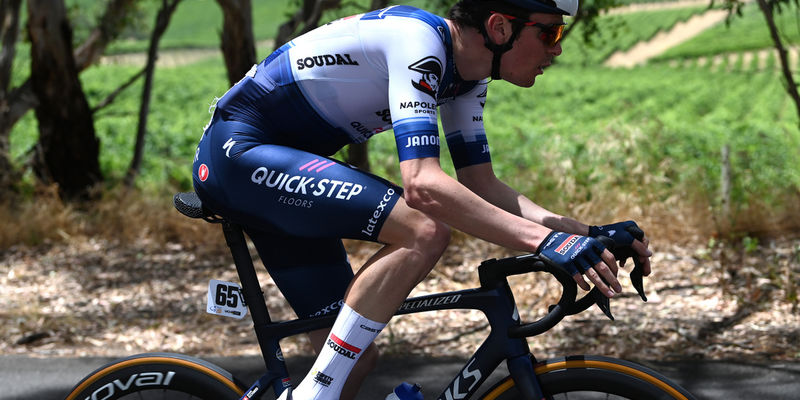 Traveling from Unley to Mount Lofty, and featuring a total of five climbs, stage 5 of the Tour Down Under was the last opportunity for the GC riders to leave their mark and gain some positions in the standings. Despite the hilly profile and the demanding gradients of Mount Lofty, which was used for the first time, the stage was fast and didn’t lack attacks.

One of these attempts came from Soudal Quick-Step’s Mattia Cattaneo, inside twenty kilometers to go. By that point, the large breakaway group that had animated the day for almost 80 kilometers had been brought back, and the Italian took off together with four other riders, putting around 25 seconds between them and the bunch. The chasers kept them on a tight leash, and despite Mattia’s strong effort, the move was brought to heel, the Italian being the last rider swallowed by the peloton.

As was the case two days ago, three men rode clear and fought for the win, which went to Simon Yates (Jayco-Alula), who beat eventual GC winner Jay Vine (UAE Team Emirates). Behind, among those distanced was also Mauro Schmid, who on top of that, was blocked by a crash that happened just in front of him before the flamme rouge.

Staying true to his nature, the Swiss didn’t panic and chased hard, joining the first chasing group with a couple of hundred of meters to go, arriving at the finish in tenth place, just six seconds down. By doing this, Schmid became the third rider in the history of the team to conclude in the top 5 at the World Tour opener, after Allan Davis, who won the event in 2009, and Dries Devenyns, in 2018.

“We knew that attacks would come in the finale, that’s why we planned Mattia’s move, which was a good one, because we anticipated things a bit and put some pressure on the other teams, as he was still in the GC fight. He was reeled in, but nevertheless, his action was still a good one.”

I’m happy with this result, I think it’s good for my first outing of the season and it confirms the progress I have made in this kind of races.

“On the final climb I wasn’t maybe in a perfect position, and then two guys hit the ground in front of me, which forced me to ride hard in order to not lose time in the standings. Having avoided this makes me quite satisfied, it would have been a pity to lose positions due to this incident. I now look with more confidence to our next appointment, the Cadel Evans Road Race. I like the route, we have a good team which includes an experienced Dries, the last rider to win it, so we hope to be up there”, said Mauro after his first top 10 in a World Tour stage race. 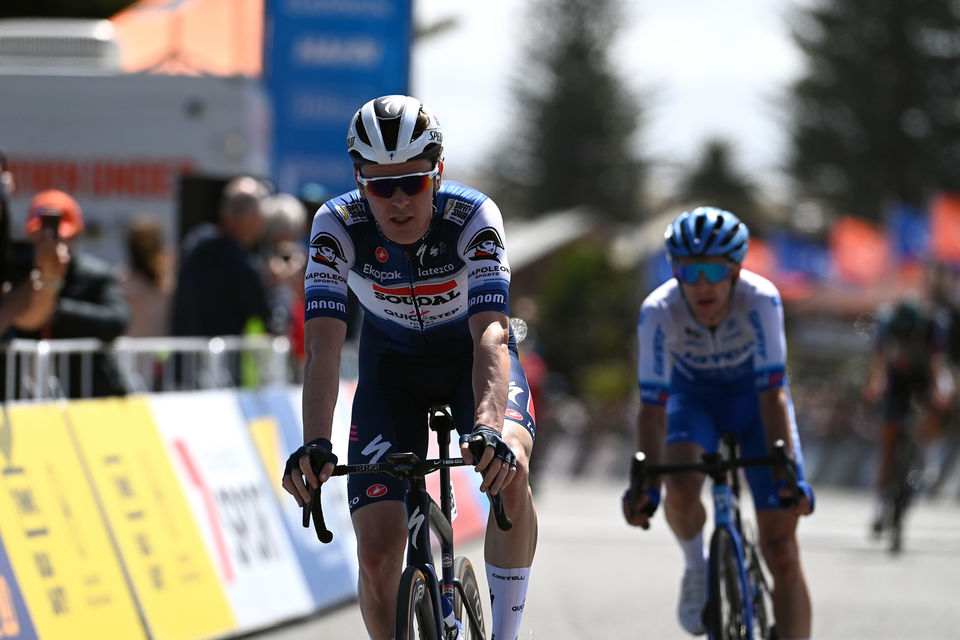 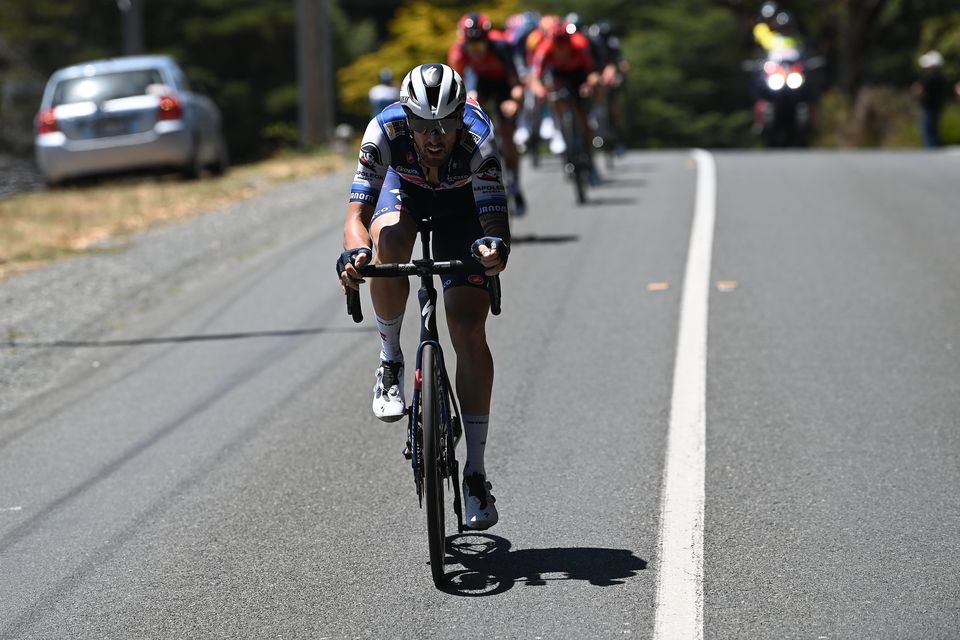 Tour Down Under - stage 5