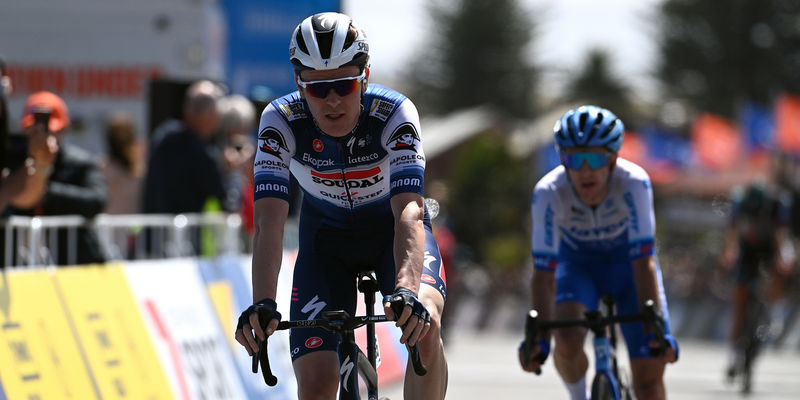 Mauro Schmid took third on an eventful stage 2, which travelled from Brighton to Victor Harbor over a distance of 154.8 kilometers. After a slow start, the pace picked up once the peloton entered a section exposed to the crosswinds, where the bunch was split into three groups. Mauro Schmid and Jannik Steimle found themselves around 50 seconds adrift, which meant they had to put in a serious effort together with the other riders in the second group in order to reduce the gap, but after a wild chase they joined the leaders with around 100 kilometers to go.

The pace relented, allowing one rider to break clear and establish a one-minute advantage, but even that action turned out to be a short-lived one, as the field – targeting a mass gallop in Victor Harbour – ramped up the speed again and made the catch inside the final hour of racing. The nervousness was palpable in the run in to Nettle Hill, a climb averaging 6.8%, and for good reason, as the big attacks came once the road went up.

Mauro Schmid was attentive and quickly joined what proved to be the decisive move of the stage, together with four other riders opening up a 20-second gap by the time they hit the descent. The peloton tried to organize the chase behind, but the leaders worked well together and extended their buffer to 40 seconds inside three kilometers to go. 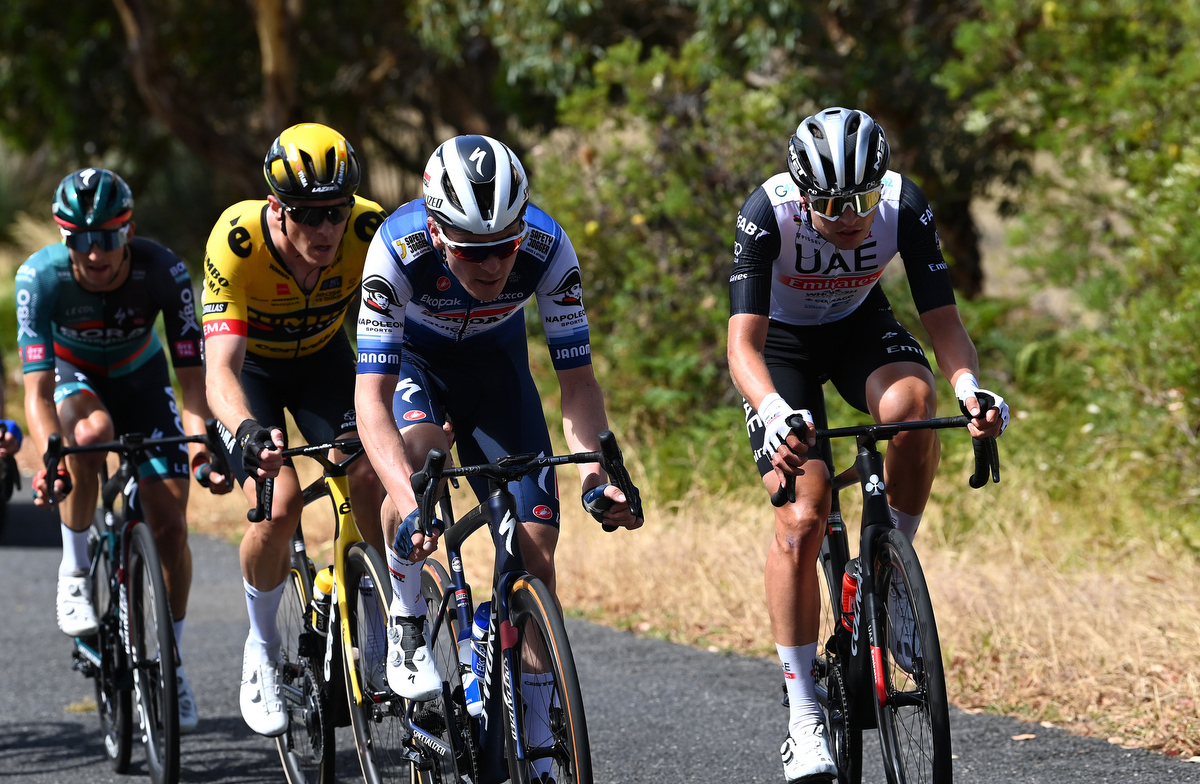 At that point, it became clear they would fight for the win, which after a couple of skirmishes went to Rohan Dennis (Jumbo-Visma) after a late attack some 300 meters from the finish. Victorious at the Belgium Tour in his first season with the Wolfpack, Mauro crossed the line in third place, a well-deserved result after a great effort, that elevated him to fourth on the GC, just one second off the podium.

“I messed it up a bit in the middle of the stage when the bunch got split in the crosswinds. I just missed it. Then I had to chase and make a big effort to come back. I didn’t really feel fresh anymore after that, but I think everybody was suffering. On the last climb, Jannik brought me in a really good position and I entered it in the front. When the attacks came, I just tried to follow, as the feeling I had was good.”

“On paper, I knew that I was the fastest of the group in a sprint, but when everyone is on the limit after riding full gas, it’s a different sprint. My plan was to go first, but then a rider attacked and I had to chase. When Dennis went, I was on his wheel but lost a few meters out of the corner and I couldn’t close it anymore. On the other hand, a podium so early in the season makes me happy, because I wasn’t expecting to be on this level so early. Now the plan is to go for a good general classification here”, Mauro explained after the stage. 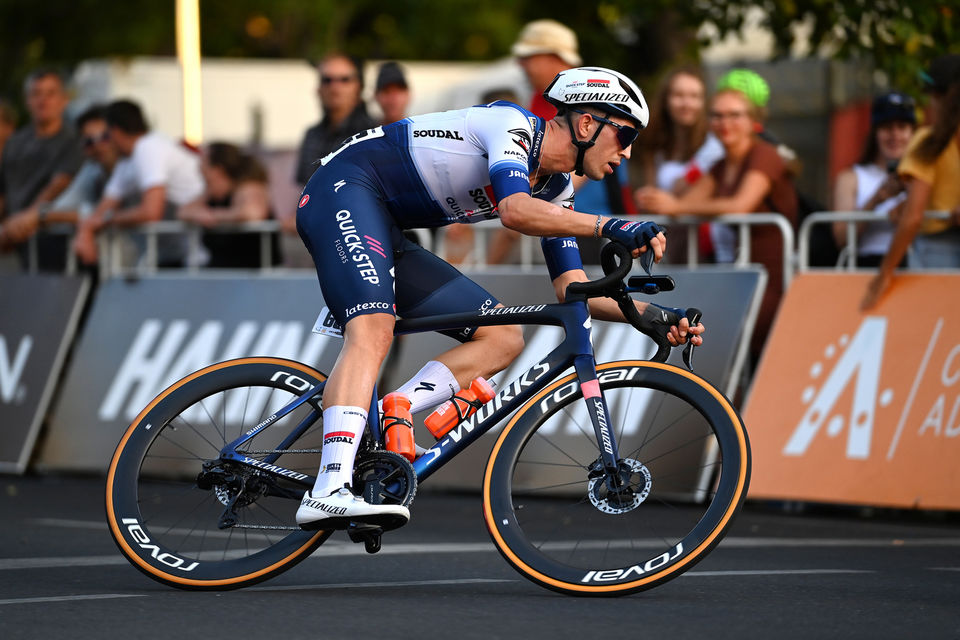 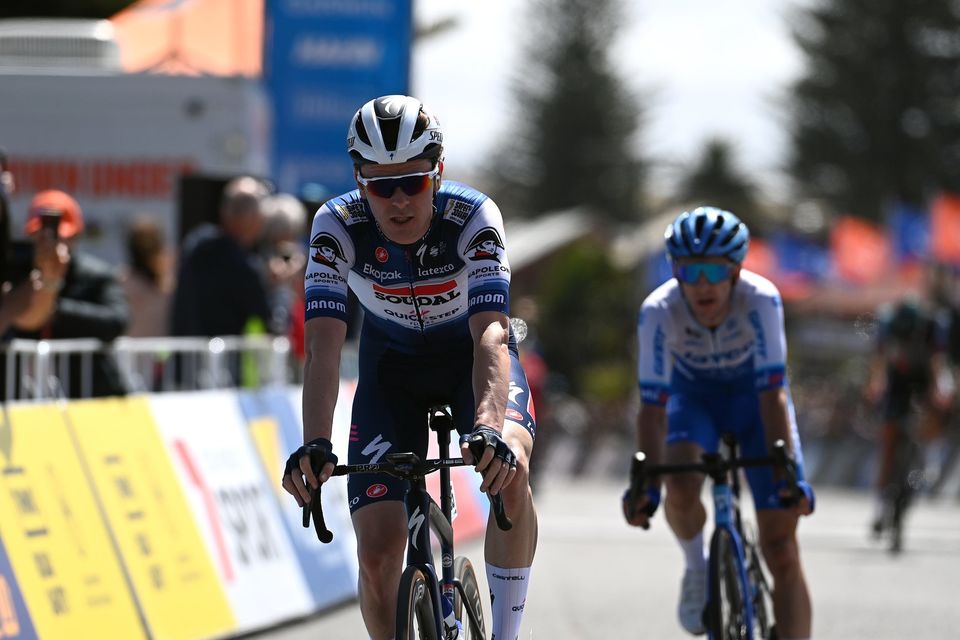 Tour Down Under - stage 2